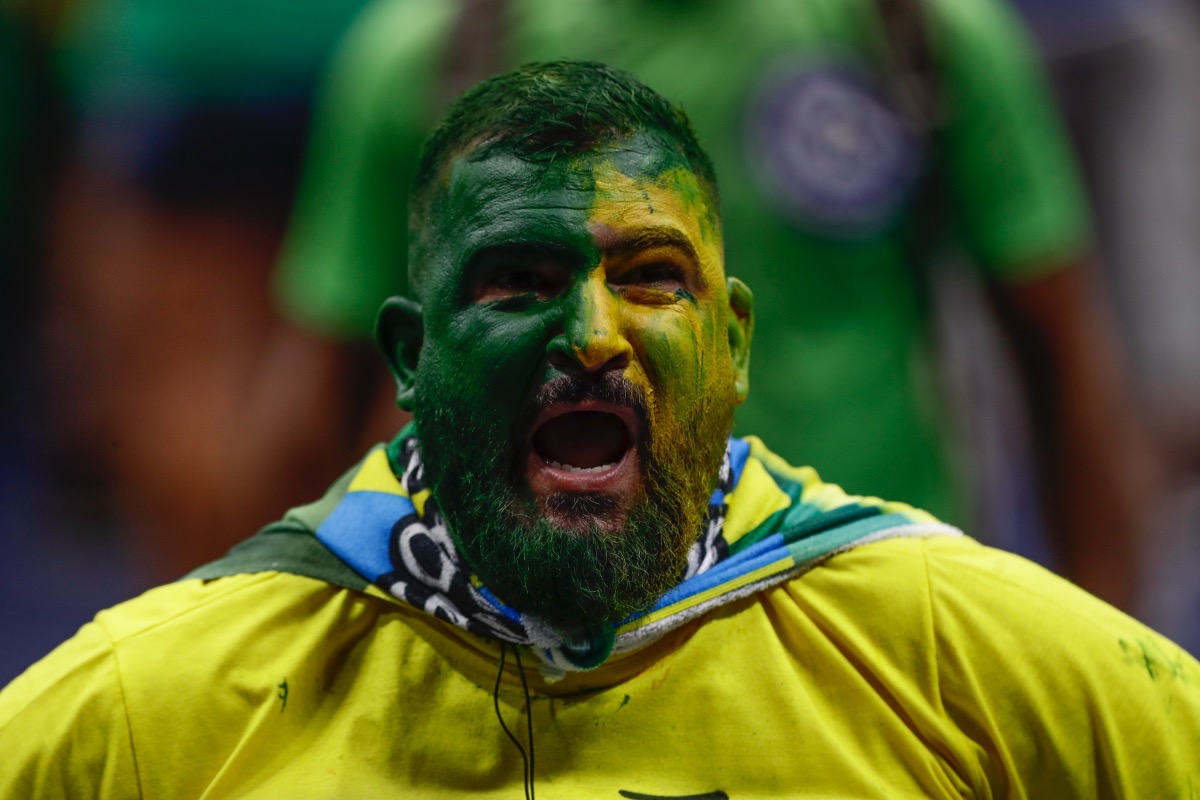 Political violence is on the rise in Brazil. As the election approaches —October 2 for the first round— tempers are flaring and cases of partisan violence are accumulating.

At the start of July, a homemade bomb with feces was detonated in the middle of a rally of former president and current candidate Luiz Inácio Lula da Silva in Rio de Janeiro. Nobody was injured, and the perpetrator was arrested. The incident came after a drone three feces, urine, and pesticides at supporters of the former president in Belo Horizonte in June.

But the worst was yet to come.

Marcelo Arruda, a supporter of the Workers’ Party (PT in Portuguese), was celebrating his 50th birthday in Foz do Iguaçu when a supporter of President Jair Bolsonaro barged in and started shouting slogans in defense of the right-winger. After a brief argument, Jorge José da Rocha Guaranho left but then returned armed, murdering Arruda, who managed to fight back and wound the killer.

Both men were members of Brazil’s security forces. Bolsonaro, as expected, did not condemn the episode, and police insist on not seeing a political crime in the murder.

Bolsonaro and his supporters don’t bear responsibility for the situation alone. Despite the clear asymmetry, the PT has also been responsible for years of dirty campaigning against political opponents, spreading fake news and employing fanatical militancy to harass opponents on social media. Moreover, Lula himself recently thanked a supporter for pushing a pro-Bolsonaro businessman against a truck—Manoel Marinho was jailed for seven months for the crime.

Nevertheless, no comparison is possible between the preaching of violence by Bolsonaro —who openly defends Brazil’s former military regime, torture, murder of opponents, homophobia, etc.— and the behavior of Lula and his party. However, one cannot rule out the role of both in the prevailing climate of tension.

There is nothing new in the climate of tension, but the Bolsonaro government has contributed not only by its inaction but by supporting criminals operating in the region.

Speaking of violence, thought, between July 20 and 21, police promoted another massacre in a favela in Rio de Janeiro: 17 dead plus a Military Police officer in the Alemão favela complex. For 12 hours, the Military and Civil police created a climate of terror in the favela.

Once again, images of bloodied bodies circulated on social networks along with reports of executions. The family of Letícia Salles, 50, said that the Military Police shot her in the chest while she was in a car going to visit her boyfriend, a favela resident. She died en route to the hospital.

As for Bolsonaro, he’s now officially a candidate for reelection. And, as could not be otherwise, he continues attacking the Brazilian electoral process—only this time he has crossed the line.

In a speech to several ambassadors, he spread lies and misinformation in what can be considered a landmark of fake news. Using an extremely amateurish PowerPoint presentation with grammatical errors, Bolsonaro committed crimes liable to impeachment for its coup-like content and for defying other institutions, such as the Supreme Electoral Court (TSE), which has already guaranteed several times the security of the ballot boxes and the entire electoral process.

The worst of all is that he chose to present arguments about possible flaws in the electoral system to foreign dignitaries, to foreign nations that could exploit such flaws—even though the weaknesses don’t exist.

While Bolsonaro continues to spread conspiracy theories and threaten a coup if he loses the election, the Brazilian public continues to starve. With the rise in prices, supermarkets have even resorted to selling chicken carcasses and skin and other scraps of food to the poorest customers.

And against such threats to democracy, the Law School of the University of São Paulo (USP), published a “Letter to Brazilians in Defense of the Democratic Rule of Law,” which in just 24 hours had received more than 100,000 signatures—in addition to the thousands of signatures from professors at USP and other universities, emeritus ministers of the Supreme Court as well as members of various branches of the judiciary, the public Prosecutor’s Office, the Public Defender’s Office, members of civil society, and son.

The letter makes it clear that “in today’s Brazil there is no more room for authoritarian setbacks. Dictatorship and torture belong to the past. The solution to the immense challenges facing Brazilian society necessarily involves respect for the results of the elections.”

The signatures will be collected until August 11, when an action will take place at the University. The date commemorates the anniversary of the first law course in Brazil and also coincides with the date and place of the reading of a manifesto in 1977 to denounce the Military Dictatorship (1964-1985)

Some positive news: The four-year-old girl hit in the head while buying popcorn with her mother in Rio de Janeiro as police officers and militiamen were engaged in a gunfight was released from the hospital after 40 days. She still needs to go through physiotherapy, but in the end, she’s a survivor.

And football (soccer) referee Igor Benvenuto, 41, was the first in his profession in Brazil to come out as a homosexual. In a country and a sport marked by homophobia, the referee’s decision to come out of the closet is a milestone.

Raphael Tsavkko Garcia is a journalist with a Ph.D in human rights (focused on migration and diaspora). His portfolio is here. Twitter: @Tsavkko